After the firing of Samantha in the final moments of last week’s episode, it seemed clear that this week would centre around the fight to get her job back, inevitably putting the gang of Specter Litt Wheeler Williams at odds with Faye Richardson.

Overall, comparing it to the rest of the season so far, this may be my least favourite instalment. It just felt a little flat to me in a way I find hard to put in to words, but that aside, it was still an enjoyable episode of the series, with plenty to discuss.

There are certain lines they won’t cross – family ones 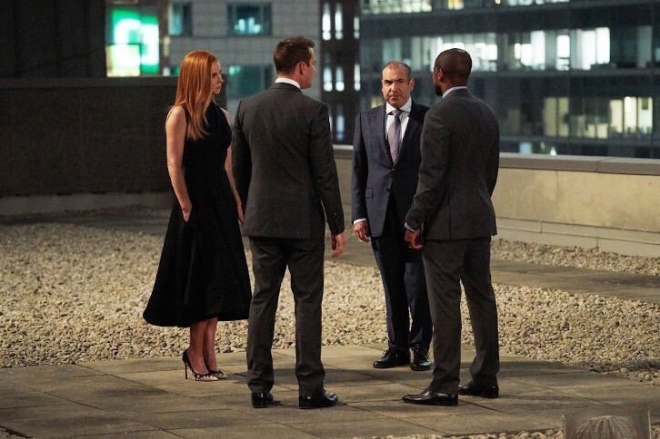 For anyone who has watched Suits for any period of time, but especially those who have been here since the start, the importance of family and loyalty to family, has always been a key element of the storylines. Therefore, it was great this week to see that thread pulling our favourite work family in two different directions – the desire to help one of their own family vs. the fact that to get Faye, it will mean harming her family. Seeing that struggle, especially for Harvey, was fascinating to watch and it took Donna voicing the truth they both knew for him to let it go. Louis already seemed uncomfortable with the plan and ultimately, as Donna tells Faye, there are some lines they won’t cross.

I’m starting to really believe that Faye’s reputation for ethics will prove a help to the firm before the season is over. She may be the one person whose opinion, if vouching for any trouble they get in to by the end, would be taken seriously.

The Samantha & Alex bond continues to strengthen and I love it 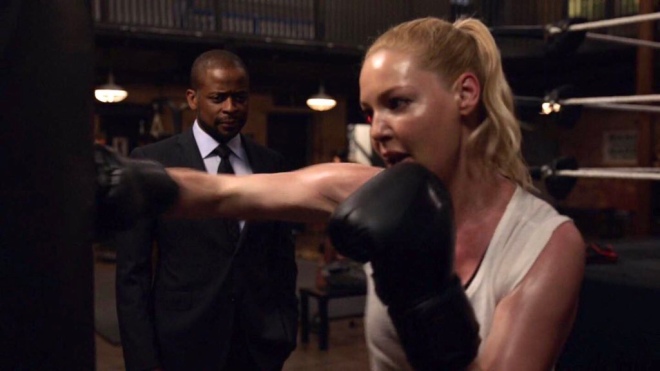 I’ve said in previous reviews how I’m enjoying the building up of Samantha and Alex’s friendship and that I wonder how much this is setting up this pair leading a firm at the end of the series. This week that bond continued to grow, as we saw Alex taking some risks to help her try and set up Gavin Andrews (let’s face it, he deserved it). All too aware that she was set on doing something that could blow up in her face, this time Alex was all in, doing all he could to help her. Mind you, neither of them thought to draw up an immunity deal for the FBI to sign?! Seriously?! 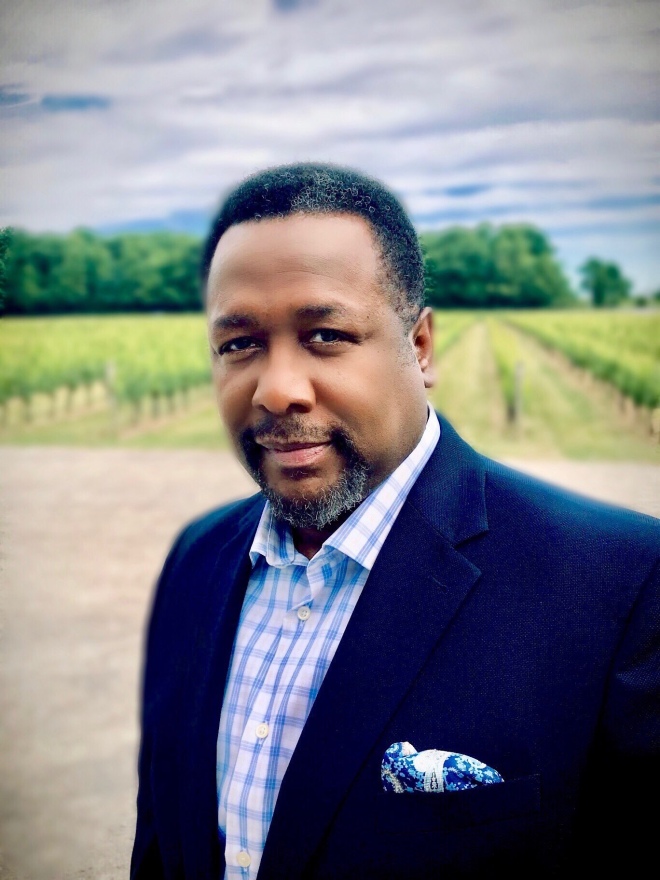 When I saw Wendell Pierce at the theatre following a superb night of his London stage debut (he’s back in October and I urge you all to come and see him), after me telling him that we’d miss him on Suits, he said he’d be “slipping back there” and this week saw the return of Robert Zane! He may not have been gone long, but I’ve already missed him. Together with Jessica, they always felt like the adults keeping the kids in line and I’d already missed that element on the show.

Case in point this week – him verbally spanking Harvey on the street to make sure he was doing all he could be doing for Samantha! When he told him to get upstairs and get on with it, it had me laughing. Not many people could boss Harvey around, but Robert is certainly one of them! Also, without his dynamic with Rachel in the series anymore, his affection for Samantha was a lovely way of keeping that type of relationship present in the series’ narrative and so bringing him back when she was in trouble made perfect sense. And as I mentioned above, thank god he was there to sort out that immunity agreement! Hopefully we’ll see him again before the series ends, but for now, welcome back Wendell Pierce!

…..From a welcome return, to an unwelcome one……. 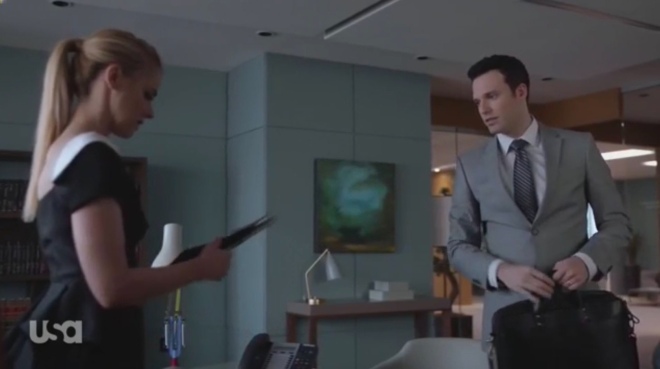 Honestly, I really liked Brian when he was first introduced and his friendship with Katrina was sweet. Then came perfume sniffing and longing looks while holding his baby and I couldn’t stand him! So having him back was a little irritating, especially when it meant I had him AND Susan in one episode, but thankfully Katrina didn’t do anything stupid. Well done Katrina. You can do much better. I’d still be wary of Susan though. 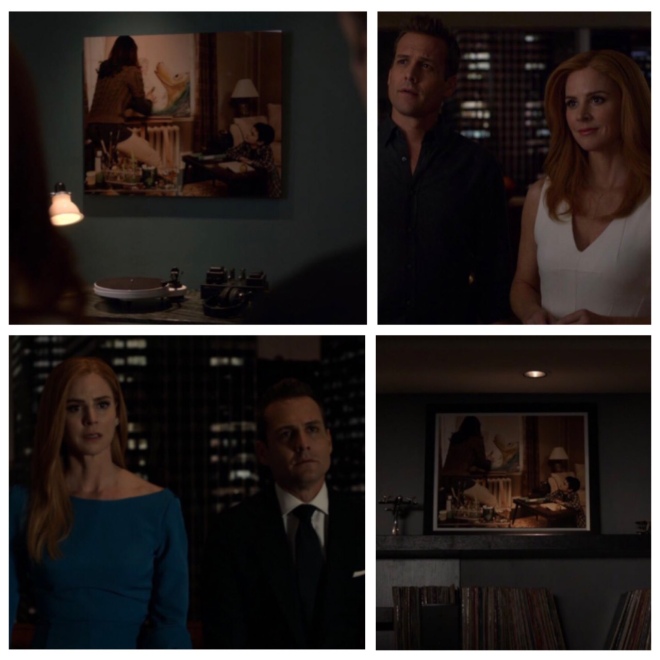 I sometimes change my mind and who knows what I’ll say once the series ends, but I always tend to return to season six’s The Painting being my favourite episode. It was such a pivotal story for Harvey and Gabriel Macht was so damn good. Therefore, the call back to that episode included in 9.06 was wonderful. Gabriel Macht is so underrated by the television awards circuits for his performance in the show and it’s a shame, as I can’t think of a more satisfying example of character development. Seeing the new Harvey struggling to do something the old Harvey would have done, was wonderfully executed, culminating in him and Donna in the same office, gazing at a photograph of a painting that meant so much to him and her giving him permission to let it all go. She didn’t want him to be that man and they both knew he didn’t either. Seeing him on the verge of tears, the two of them side by side was just beautiful and quite emotional.

On the subject of Donna and Harvey’s growing romantic relationship, I’ve seen a lot of online discussion about the lack of physicality and I admit, I’m in the middle on this. I love everything we’ve seen so far, all the initial milestones they’ve navigated about communication and their future and overall I’m satisfied so far. Yet, I can also understand those feeling frustrated by the lack of physical intimacy between them. We’re not talking passionate scenes in the bedroom, but the holding of a hand, or a quick kiss. In a way the lack of those moments in the last two weeks perhaps only emphasises just how much they’ve always been a couple in almost every respect, as their behaviour towards each other hasn’t hugely changed, but equally, I’d love to see a little more too. Time will tell as to what else is planned for Darvey, but as someone who was certain they’d get together in the last episode, season 9 is a huge bonus! 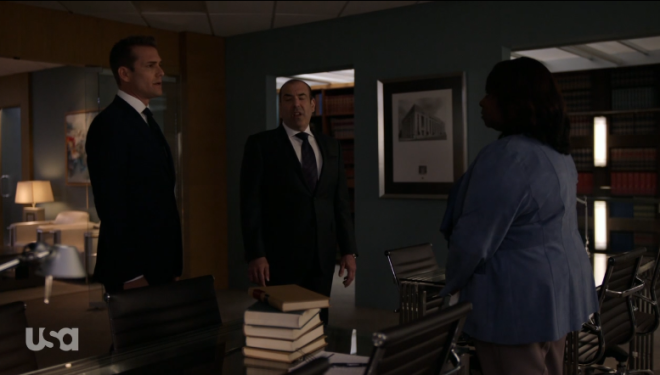 This was a storyline I didn’t know I needed until the mighty Gretchen suggested it. It’s such an unexpected addition, which I assume means we’ll see it before the end, or perhaps that’ll be how it all ends; all the gang together at the baby shower. Whatever the circumstances, I loved this scene, from Harvey’s initial reaction, to Gretchen’s scolding (between her and Robert, Harvey really was put in his place this week) and then Louis’s response. Rick Hoffman has given us so many character traits that are so very Louis and his hugs is a favourite of mine, as are the reactions they get from the recipients! Plus if planning this party helps Donna and Harvey to open up to each other more about whether they’d want a family, that would be fascinating to see too. 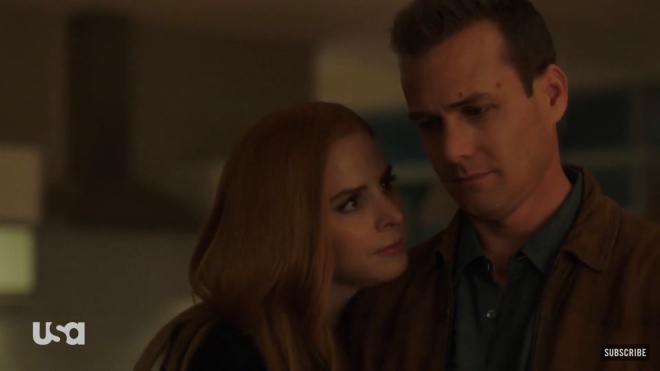 Suits is taking a break from season 9 next week, instead airing the pilot, plus some new cast interviews, but we have a clear idea of what we’ll be seeing in 9.07, called Scenic Route. As was set up at the end of this week, we’ll be seeing Harvey taking a road trip with Samantha, as she goes in search of her biological father. We all know how important family is to Harvey and how close he was to his own father, so I think it’s a great choice to have him go with her.

From the newly released photos, it also seems that Donna has picked herself up a large painting. Has she managed to get back Harvey’s cherished duck painting, or has Lily created a new one for them? By the looks of the shot above, whatever it is certainly strikes an emotional chord with Harvey and I’m keen to find out! Although not too keen. With only 4 episodes left, I’m happy to wait a little and enjoy having Suits on my screen a bit longer!

Suits season 9 continues with 9.07 “Scenic Route” on 4th September in the US on USA Network and on 6th September on Netflix in the UK. Next week, USA Network are airing the pilot episode with new cast interviews. Watch the promo here: https://youtu.be/o8RAbdWPJFM

I have been watching

Loitering In the Theatre

My experiences, good and bad, in London theatres.

Bringing you independent, honest, experienced reviews of current theatre shows. We believe theatre is something truly magical and can be enjoyed by everyone.

Theatre, arts and events in London

Talking about all my favourite things - Theatre, TV, Film & Books!

The following podcast is based on actual X-Files cases." Email: XFilesTruth@live.com

A semi-biased commentary on British and American politics, culture and current affairs

Geeks Shall Inherit the Earth